Another project that uses those perfect poms: a huge squishy wreath. A total dream and super easy to do. We suggest grabbing a few friends to help fill out your hoop, or sit yourself down for an afternoon full of fluff!

Time to make: Approx. 3 hours (quicker with a few friends) 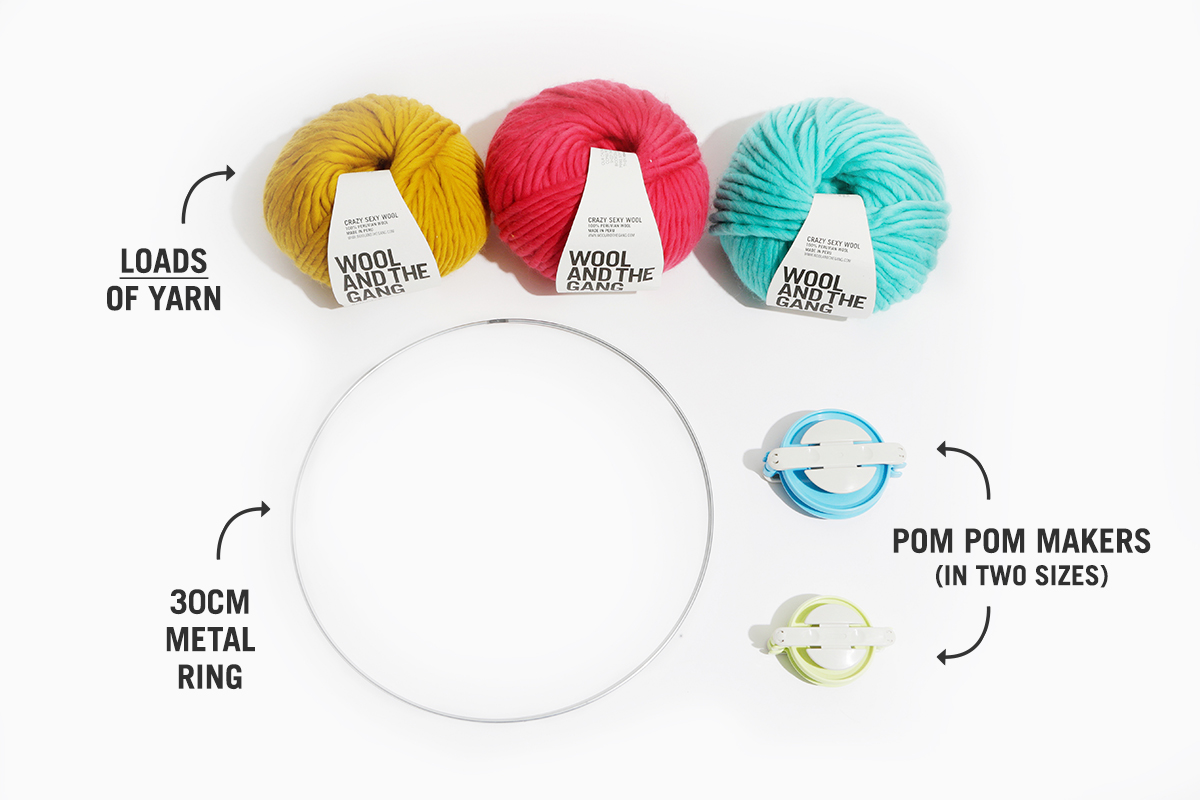 Approx. 1kg of super bulky yarn. We have used 5 balls of Crazy Sexy Wool in an assortment of colours. Feel free to mix and match with colours that tickle your fancy.

A pair of small, sharp scissors.

Start by making your pom poms. You can use a pom pom maker for this (which definitely speeds up the process) BUT it’s just as easy to use some scrap cardboard. If using a maker, use the following steps. If using cardbaord, skip along to the ‘skip ahead to the ‘Using Cardboard’ section.

ATTACHING TO THE FRAME 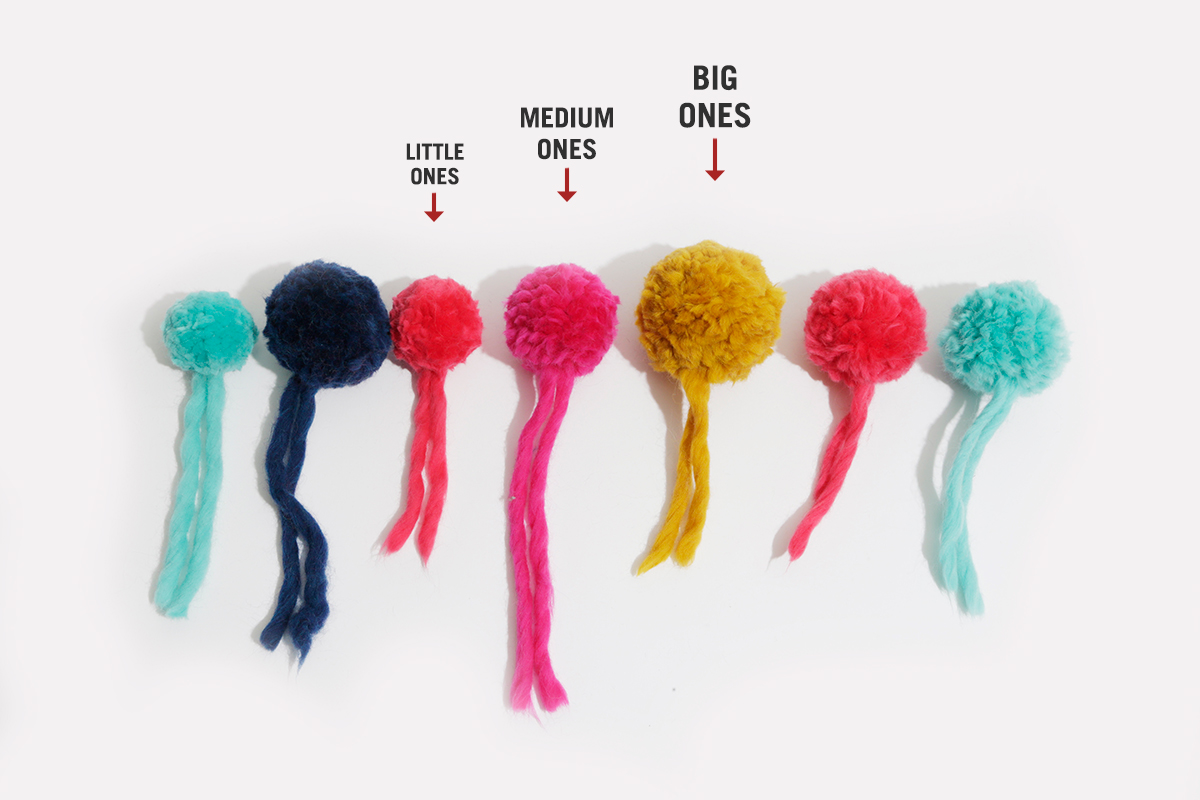 We made a selection of poms in both large and small sizes and also trimmed a few of the larger poms so that they became medium sized (very inventive, we know). We made around 8 poms, added them to the frame, made 8 more, added them to the frame etc. This way you get a sense of how many more you need and how your colours are looking together. Here’s how to do it: 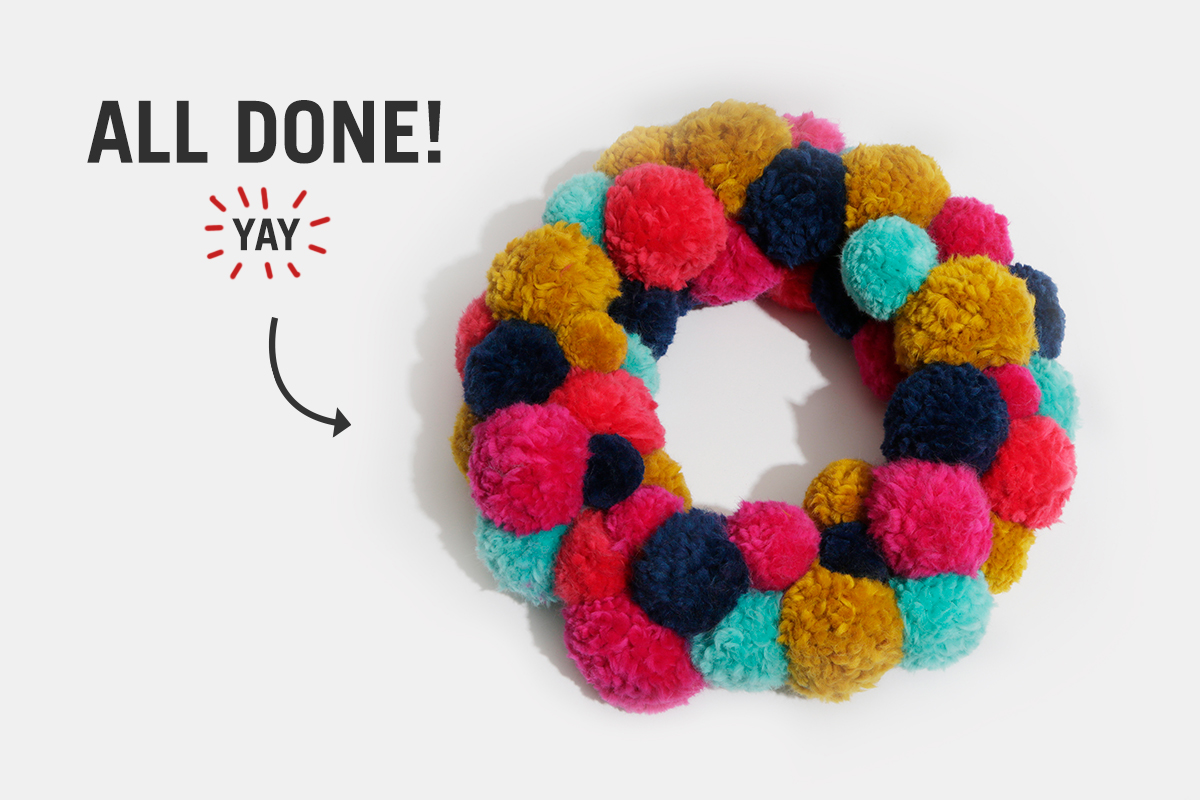 Ohhhhhhhhhhhhhh boy. Would you look at that wreath! Hang that baby up!

This is post #9 in our ‘12 Days of Making’ series which sees us posting a new how-to project every day for 12 days. To see what’s up next, what came earlier and to make sure you don’t miss anything, follow us on Facebook, Twitter and Instagram for live updates. Happy making!