The easiest (and most rewarding) of all DIY projects; the pom pom. In this tutorial, we will show you how to turn your fluffy poms into festive ornaments. Use some leftover yarn scraps or grab a ball of Crazy Sexy Wool and make a handful of ‘em. 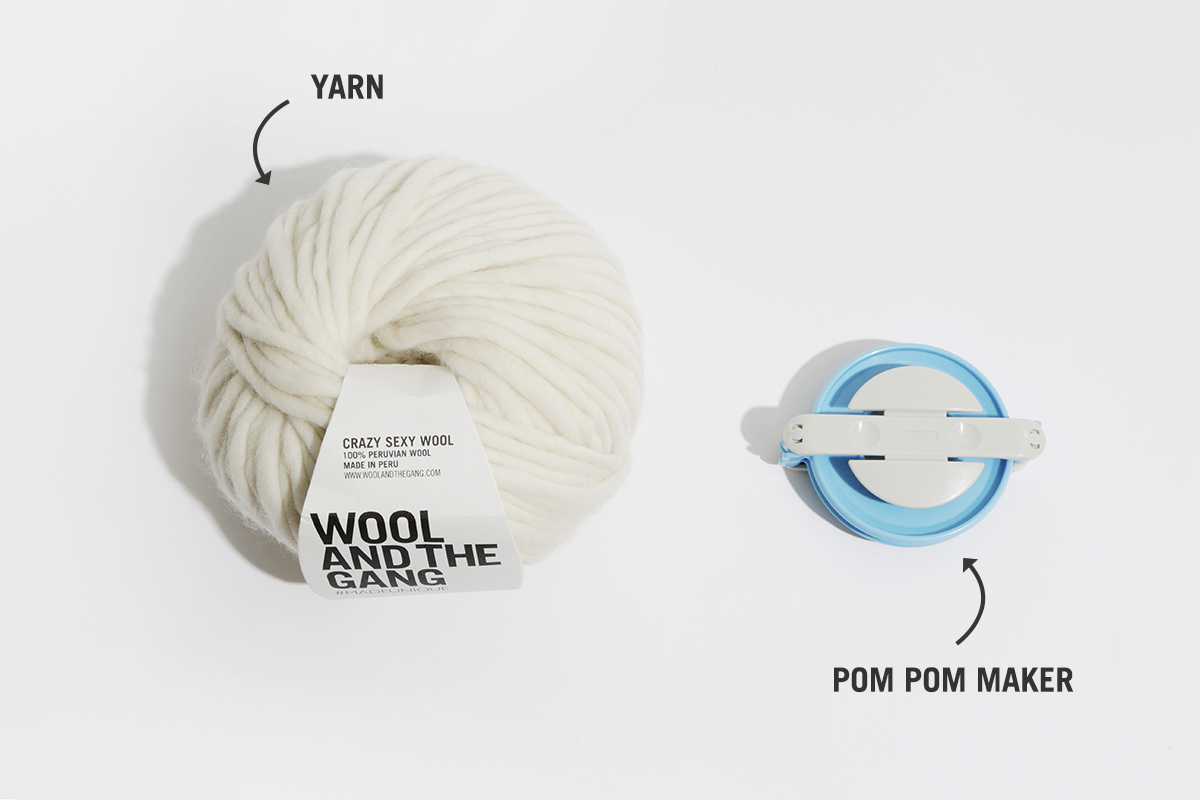 Approx. 50gg of super bulky weight yarn. We have used Crazy Sexy Wool in Ivory White but any yarn in a similar weight will work perfectly.

A sewing needle large enough to thread your yarn.

A pair of sharp scissors.

You can use a pom pom maker for this project (see the following steps) OR use some scrap cardboard (skip ahead to the ‘Using Cardboard’ section): 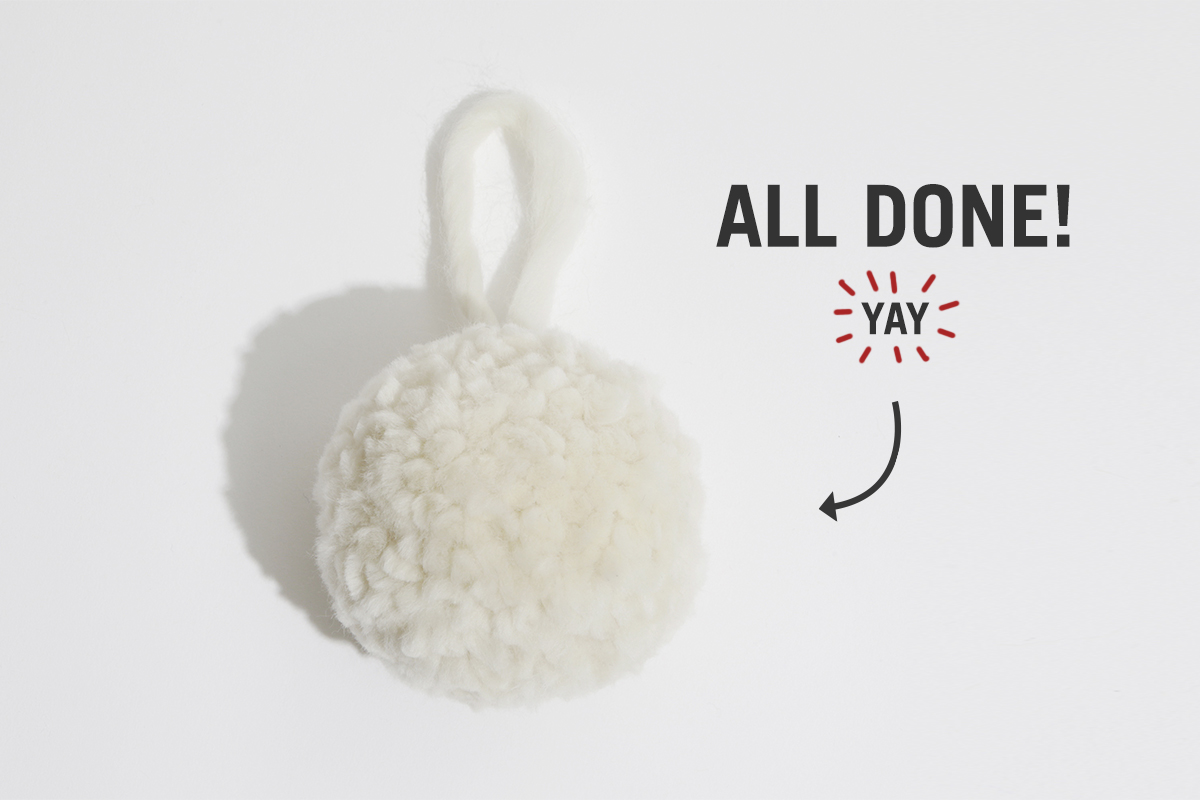 This is post #8 in our ‘12 Days of Making’ series which sees us posting a new how-to project every day for 12 days. To see what’s up next, what came earlier and to make sure you don’t miss anything, follow us on Facebook, Twitter and Instagram for live updates. Happy making!