Vivienne Westwood and Wool and the Gang codesign a hat for Cool Earth!

We got more than just a little bit excited when the guys over at Vivienne Westwood’s Climate Revolution got in touch to see if we were interested in doing something together. Partly because it involved working with Vivienne Westwood and partly because as a sustainable fashion brand anything which promotes being a little kinder to Mother Earth gets a big fat thumbs up from us.

The idea quickly snowballed from accompanying the Climate Revolution gang on the 29th November People’s Climate March in London (more on that later) with a giant knitted banner (no fear, we are still definitely still doing that!) to actually co-designing a hat together, with proceeds of the Kit and readymade sales going to the brilliant charity Cool Earth – of which Vivienne Westwood and her husband are patrons.

Cool Earth tackles the big issue of rainforest deforestation with a really smart approach: it’s all about the people. They work with indigenous communities to halt rainforest destruction and believe local people are the best guardians of the forest. These communities at the borders of the rainforest are often forced to sell their land to loggers due to poverty. Cool Earth works with them, providing education, health and therefore better livelihoods to put them back in control. By protecting the communities at the borders of the forest they then create a shield for all of the interior forest as well.

Check out our video below for a little more info on the partnership:

We got to go along to Climate Revolution / Vivienne Westwood Towers in Battersea and hang out in Viv’s studio, to talk about the march, climate change, Cool Earth and of course, woolly hats.

After a little discussion, we decided to go for a crown design for the hat, as a reflection of one of Climate Revolution’s main slogans: ‘Who are our rulers?’. 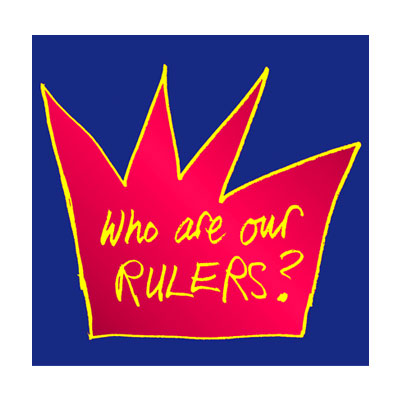 The message is to make us all realise that WE are the rulers and that the power is in our hands to take action on climate change issues by acting in unison to put pressure on world leaders to put climate change to the top of their agendas.

We’d love to see as many of you as possible marching with Vivienne, her Climate Revolution crew and us on Sunday 29th November! More info on where to meet coming up later this week.

Get your hands on your very own Crown Hat!

Oh yes, and we made a Knitalong video! Just in case you bought the kit or downloaded the pattern and wanted a little more help: