A brief history of crochet

Crochet is shiny brand new to Wool and the Gang but it’s been around for some time. Here’s a mini-history and some fun facts to get you up to speed…

Ranking at #3 in Google’s most popular how-to search of 2014, crochet’s beginnings were pretty humble. The first evidence of crochet in history was in early nineteenth century Europe, where it was referred to as ‘shepherd’s knitting’.

Fit for a queen

Having been invented as a method for producing a cheap substitute for traditional lace, crochet struggled to shake off its reputation as an inferior craft. However, that changed when Queen Victoria gave it the royal seal of approval by buying crocheted lace made by Irish women who were struggling to make a living after the potato famine – Queen Vic herself even learned to crochet, making eight crocheted scarves for veterans of the South African War - and by the end of her reign, much of England was hooked. 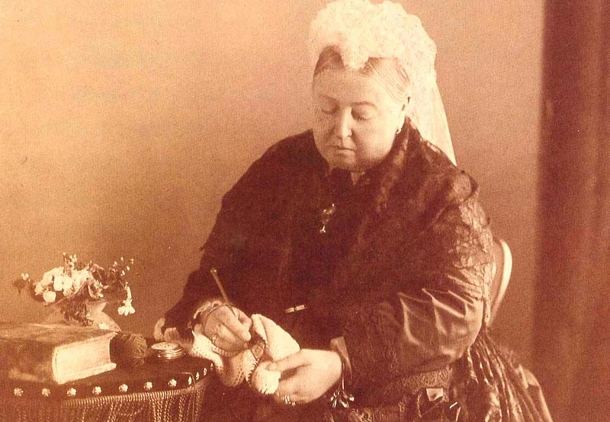 The twenties and thirties saw crochet make the move from a decorative embellishment to a method for producing entire garments. This classic cloche hat and stunning evening gown both echo popular designs of the era. 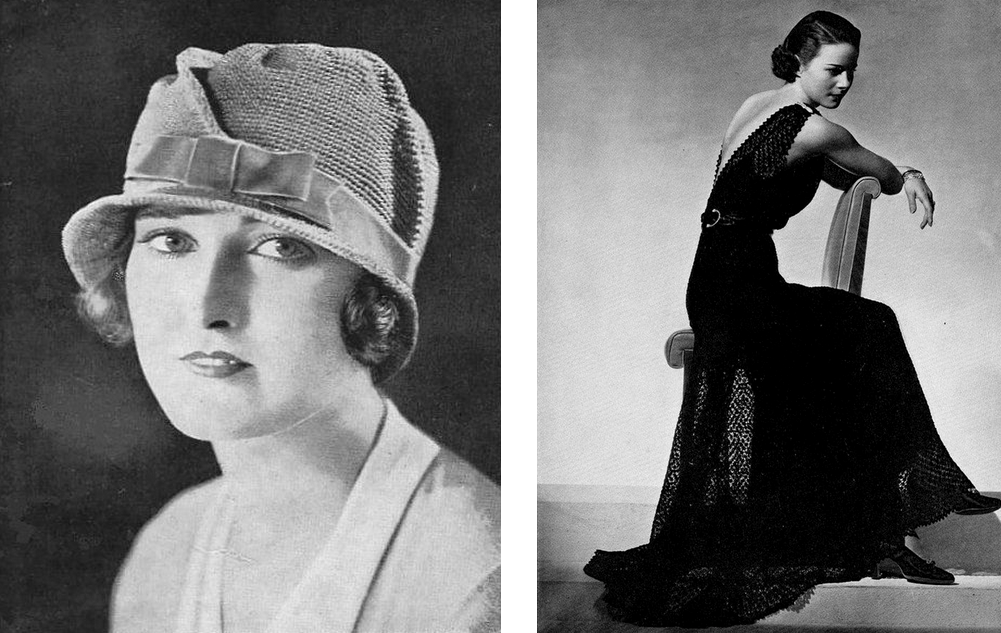 The longest crochet chain measures 130 km (80.78 miles) and was created by Anne Vanier-Drüssel of France.

Crochet became part of the wartime effort in both Britain and the US – women on the home front could contribute to the war effort by hooking up items for the troops. In the spirit of austerity, crochet was also a great way of jazzing up existing outfits, in keeping with the ‘make do and mend’ attitude of the time.

The fastest crocheter is Lisa Gentry of the USA, who crocheted a total of 5,113 stitches in 30 minutes.

After the war, things were back on track – crochet evolved with the fashions of the day as you can see from these classic fifties shapes -including the ever-so chic wedding dress on the left.

Unlike most mass-produced modern knitwear, which is produced on machines, crochet remains a hand-craft.

The sixties was the decade where the crochet boom really began. Alongside the swinging fashions of the age, there was a huge trend for crocheted homeware.

The ‘granny square’ also came into vogue. A simple design, this could be used to make a huge variety of clothes and accessories. There really was something for everyone – even Clint Eastwood got in on the trend.

The largest crochet blanket in the world was made as part of Mandela Day celebrations in 2015 – it was a whopping 3,133 square metres.

It’s never really gone away, but today crochet is having a bit of a renaissance.  From Dior to Dolce & Gabbana, it’s a regular feature on the catwalk – recognise that granny square? – and this season it’s all over the high-street. What better time to give it a go for yourself?

Curious about crochet? Ready to give it a go? It’s easy as 1, 2, 3.
Check out our video tutorials over on our Wool School page, learn the lingo in our blog post and get hooked!